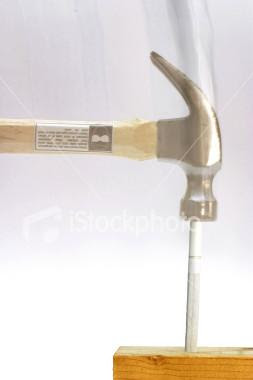 Those who pushed this scheme should resign, now!
Posted by Ken Frost at 09:21

Well personally i think its terrible, an arena would have been something that croydon could have been proud of. Now we are going to get houses and offices, which is exactly what croydon has too many of already. Croydon is considered by many to be a concrete jungle of no particular value. The arena could have been something that brought people to the area for a reason other than to work and shop. But then again its just another example of how much influence big buisness has on the upper echelons of goverment. Lets just hope that the council protests the decision.

Are you saying that Arrowcroft are not a big business?

Do a search on this site and see what Gerald Kaufman said about them a few years ago.

I don't particularly like the Ruskin Square development (and the name is a bit unfortunate too). I'd have liked to seen a bit of space given over to making East Croydon station less confined and crowded and the rest given over to open space. I'd have supported a CPO for that.

I think it was a disaster to give Schroders/Stanhope planning permission in the first place but that is what the council did and Schroders/Stanhope own the site so that should have been the end of it. To then want to use a CPO so they can hand over the land to another company with an even worse scheme is totally monstrous.

I am beginning to suspect the planners at Croydon council just really hate Croydon and want to spoil it. Hence we get monstrosities like Altitude25 (no wonder the artist's impression was a nighttime view) and ridiculously big towers like IYLO and that even bigger one talked about for Wellesley Road.

The fundamental problem with Croydon Council's (both previous Labour and current Tory) "planning" for redevelopment is that it is not co-ordinated.

Schemes such as Park Place (which is now delayed) and Altitude 25 (the ugly grey chimney) do not "fit" together.

Croydon Council loves the headlines of a "large" developments, but does not care to dirty its hands with the nitty gritty details as to whether the developments actually fit in with a "vision" of Croydon or not.

In the early 90's there was an exhibition at Fairfield Halls of Croydon of "the future" showing ariel walkways etc etc.

None of these "grand" plans ever materialised!

We will see the same of Park Place and other plans.

The council is not up to the job of regenerating Croydon.

The Ruskin Square development DOES include an improvement to East Croydon station - they have just never been given the chance by the council to explain the plans. Hence so many critics moaning about 'only offices and housing'. Croydon will be regenerated and an arena can go somewhere else - if anyone is stupid enough to fund it.